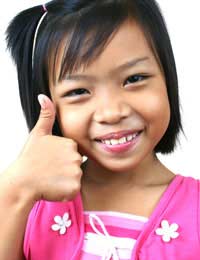 By far the most popular type of books to be read by book clubs is fiction. This usually means novels and short stories - anything which involves an imaginative narrative - although fiction as a genre has also been extended to include fables and fairy tales comic books, plays and poems. In addition, works of fiction do not have to be completely imaginary but can include real people, places and events. Fiction can also blend with factual accounts to develop into mythology. There are even those who believe that religion is a form of fiction.

While the main purpose of fiction is thought to be entertainment, some fiction may be created for the purpose of education, political agenda or even as a form of propaganda. Fictional novels are often used as a way of exploring a theme or philosophy of thought. Famous examples include George Orwell's "Animal Farm" and William Golding's "Lord of the Flies". Whatever its form, fiction plays a fundamental role in human culture - in fact, the ability to create fiction and other types of artistic expression is often cited as one of the defining characteristic of humanity.

Fiction, like the genres, can also be subdivided into several types, from the short story to the novel to the epic. Here are some types commonly read by book clubs:

Although fiction is often mainly intended as a form of escapism, it can stimulate good intellectual discussion as well. Because fiction is engaging, it draws the readers in and makes them care about the characters and the conflicts in the story. Just discussing the different reactions that book club members have to the same story and characters can be a thought-provoking experience!

When reading fiction in a book club, discussion is centred around interpreting the novel and its themes and will include questions on subject, plot, characters, setting, style, themes and also reviews and the background of the author who created the story. In addition, discussion can be focused on enjoyment and how this was enhanced or reduced by the author's choice of writing style.