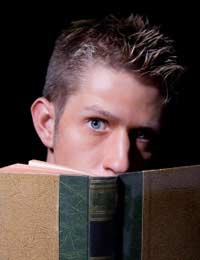 If you’re looking for books that create atmosphere, grab people’s attention and generate emotional responses, then it’s hard to go past horror stories. Love them or hate them, most people harbour a sort of morbid fascination of horror stories. In fact, horror is such a high interest genre that it is often used to tempt reluctant readers into developing an interest in books and reading. And it is no accident that Stephen King is the most popular living author.

The Appeal of Horror Stories

Strange as it may seem, man actually enjoys being scared. Before the development of horror stories as a literary genre, this desire to be frightened was fed by all the ghost stories in folklore, told and retold over the centuries. From the publication of the first “horror story” by Horace Walpole ‘The Castle of Otranto: A Gothic Story’, followed by Matthew G. Lewis' ‘The Monk’, Mary Shelley’s ‘Frankenstein by Mary Shelley, Bram Stoker’s ‘Dracula’ and Edgar Allan Poe’s many works, horror fiction has simply continued to grow in popularity.

Aristotle believed that part of the appeal of horror stories lay in the cathartic effect it had on the reader – that is, the person purposely reads about a situation that makes him/her uncomfortable or afraid but because it is fictional, it allows him/her to deal with those issues vicariously and therefore purge those negative emotions. Freud had a similar theory in which he believed that people repressed their dark impulses and ideas and then expunged them through a safe and proper outlet, such as through enjoying reading about the gruesome and the grotesque. Ultimately, both Aristotle and Freud believed that it was the emotion that people craved from horror stories more than anything else.

It’s interesting to note that horror fiction has identified and exploited most of the deepest and most abiding of human fears, such as the fear of being buried alive, the fear of losing your personal identity either through insanity or being transformed into another being (e.g.. vampires, werewolves) a well as the fear of death and the unknown.

Because they deal with themes and issues that we can all identify with, especially with regards to our deepest fears, horror stories can make very good subjects for book club discussion. They can be particularly good choices for if you’re planning a themed night – you can decorate to create atmosphere, do some “spooky” live readings, followed perhaps by a film adaptation of the horror story and a discussion about the two different interpretations, their effectiveness and so on.

Topics for discussion could include:

During the reading group discussion, it is useful to keep in mind the elements that make up a good horror story and which help a skilled author to really involve and “scare” the reader: setting, suspense, believable characters (if you don’t care about them, it is no longer as scary), balance in gory details (less is more and the imagination is more powerful than any written text) and of course, a satisfying ending.