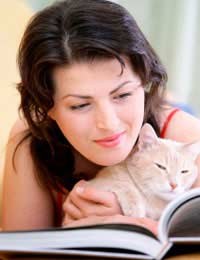 While book clubs tend to focus on fiction books most of the time, many reading groups also enjoy including non-fiction in their book choices, finding the mixture both interesting and good for stimulating discussion, as well as discovering that non-fiction texts are often very educational and can introduce members to a whole new subject area that they had no knowledge of before.

The basic assumption of non-fiction is that it is an account of a subject or person that is based on fact and that the authors have made efforts to ensure that the facts are accurate. Having said that, some non-fiction books deal with the beliefs of others (e.g. books on mythology or religion) and in such cases, they are simply stating what others believe but not necessarily that those beliefs are authenticated. Many non-fiction books also incorporate large amounts of photographs, pictures and diagrams to illustrate a topic, unlike fiction which relies largely on descriptive text and the imagination.

The History of Non-Fiction

In a sense, non-fiction has been around since the dawn of time when the first men recounted factual accounts of their experiences to others or shared their knowledge about their physical environment (e.g. the best way to lay a trap). Cave paintings are probably the earliest form of non-fiction, recording prehistoric hunting trips. (Note, though, that they could also be forms of early fiction – describing not what was caught, for example, but what early man would like to catch on the next hunting trip!). Subsequent cuneiform inscriptions are clearer in being distinctly non-fiction and some of the earliest texts deal with the transactions of goods such as oxen and barley, using symbols to express the information.

Unfortunately, non-fiction has tended to be regarded as the “poor cousin” of fiction throughout history as it is usually used for mundane and practical matters, such as records and legal documents and therefore is of little interest to most people except historians. Thus, although it probably exceeds fiction texts in volume, it lacks the entertainment appeal. However, non-fiction that has survived to the present day has been invaluable in recording the ideas, manners and attitudes of a past time and is an essential tool in the preservation of history. Even if they are not necessarily accurate or may be contradictory, the body of non-fiction work from a particular period in time represents the accepted truths of that period – for example, the early texts on science which were eventually superseded by better representations, as our understanding and knowledge of science increased.

In more recent times, non-fiction has taken on a strong educational role and finally, even an entertainment aspect. Nowadays, entertainment is no longer the sole domain of fiction – many works of non-fiction can also excite and entertain and many have challenged fiction books on the best-seller lists. This change is probably partly due to the growth of interest in celebrities and political figures, as well as the increasing focus on leisure time and activities which has encouraged books on hobbies and other areas of special interest. There has also been a rise in books that are predominantly non-fiction, spiced up with a dash of fiction and where the focus is on entertainment rather than accuracy.

Non-fiction books can give your discussions a different set of objectives and offer different intellectual experiences. Today’s bookshops offer a vast array of non-fiction books, covering everything from history, biography, science and technology to parenting, social issues, politics, travel and exploration. Here are some points to consider when discussing a work of non-fiction:You may be surprised how much a work of non-fiction can stimulate conversation and even challenge many members’ long-held beliefs on a certain subject!